As a teenager growing up in Santa Monica, California, Rem was a founding member of the Low Flyers, an SCTA club. While taking pre-engineering classes at Santa Monica Junior College he kept the company of legends such as Vic Edelbrock Sr., Stu Hilborn, Karl and Veda Orr and Phil Hill.

Rem’s first hot rod was a ’34 Ford that went 95 mph. Timing, they say, is everything and at that time Uncle Sam came calling. Fearing he would have nobody to race, Rem signed on like everybody else and joined the Army Air Corps serving as a B-24 flight engineer in the Pacific Theater.

Realizing that the ’34 was not fast enough, Rem began the build of a Modified in his parent’s garage before the war. It first ran in 1946 and appeared in Veda Orr’s Hot Rod Pictorial book. The caption says, “This modified went 125.52 for the best time in ’46.”

According to Dan Webb, who built a faithful replica to celebrate Rem’s 90th birthday in 2011, “It had a Model A frame, a 21-stud flathead with a ’32 trans and a stock Model A rear end. To change gearing he’d change tire sizes. He found the cowl in an alley and fashioned the rest of the body panels, including the grille, himself.”

A small shot of the car appears in the very first issue of HOT ROD Magazine, January 1948. A smiling Rem looks out over the scalloped hood. The car ran in the B Streamliner class and was listed in the SCTA results with a speed of 128.02 mph. By May of that year he had upped his speed to 135.73 mph. There was another good side shot of the car in the October issue under Wally Parks’ by-line. The caption read, “Addition of a streamlined tail gives Phil Remington’s sleek V-8 modified the “new look”. His best time at the August 28-29 meet was 131.38 mph. He was a tad slower at the September meet running 129.12. However, at the October meet, entered as the Nairn & Remington B Streamliner, he went 132.54 mph. Incidentally, Don Nairn owned Speedway Pattern in Culver City where they fashioned patterns for Stu Hilborn.

While riding his Triumph Tiger motorcycle on a California street in 1954, a semi-truck ran into him and he spent the following year in the hospital. While doctors contemplated removing his left leg, Rem called his mother to bring him clothes so that he could escape.

Limping for the rest of his life but back on his feet, Rem went to work for fabricators Emil Diedt and Lujie Lesovsky working on Indy cars and other racing specials including those of millionaire Sterling Edwards. Eventually, Rem moved to San Francisco to run Edward’s racing program that included the build of one of the first American fiberglass-bodied sports cars—the R-26. Rem hated working with fiberglass and eventually realized that, although Edward’s project was featured on the cover of the December ’49 issue of Road & Track Magazine and won its first three races in 1950, it was never going to be successful. Described as the first coach built, dual-purpose sports/race car built in postwar America, it pre-dated the Corvette. Only 10 were ever built. Unfortunately, as Rem later related to Webb, while he was working in San Francisco some guys persuaded his mother to release his modified that they promptly stole. Apparently, a clutch explosion wrecked the car and it disappeared. Indeed, the rash of speed equipment thefts was written up in the November 1948 issue of HOT ROD.

In 1955, Rem moved back to Los Angeles and jobbed around working for Lesovsky, Stu Hilborn (they remained lifelong friends), and others. After a coupe of years, racing driver Pete DePaolo, who had won the 1925 Indy 500 and operated a NASCAR team at the time (it became Holman-Moody), recruited him to work on a round-the-world-in-80-days promotional tour for Ford. Rem’s task was to prepare the ’58 Fairlanes , until he was recruited by Lance Reventlow.

Reventlow, whose real name was Lawrence Graf von Haugwitz-Hardenberg-Reventlow, was the young heir to Barbara Hutton’s Woolworth fortune and he spent the money wisely… on racing cars. He set up shop at 1042 Princeton Drive in Venice, California (now Marina del Rey) to build his Chevy-powered Scarabs. Rem wasn’t there for the build of the very first car but he was soon up to his armpits in Scarabs as they began to win many of the events they entered including the 1958 Riverside International Grand Prix with Chuck Daigh behind the wheel. Ultimately, they went on to build a Formula 1 car. Initially, it was front engined but that proved uncompetitive against the new, mid-engine European cars. With Rem as chief engineer, Reventlow built a new mid-engined car. Perhaps due to the initial failure, Reventlow lost interest in auto racing and leased the premises to another racer trying to build his own sports car, Carroll Shelby.

In a 2013 interview for Road & Track magazine Colin Comer reported that Rem said of the change over, “Just like that, I had a new job at the same place. Only thing that looked different was my paycheck.” According to Comer, Rem’s nickname at Shelby American was “STP”—Super-Twitchy Phil. “He had a habit of delegating work, then instantly growing frustrated at either the quality or speed with which it was being done and jumping in to finish it himself.” He also had another, perhaps less prosaic, nickname, “Mr. Fix it”. He could fix anything.

What Shelby and his team, including Rem, did with the Cobra is the stuff of legends and has been recorded in many, many articles and books. Phil Henny, in his book REM, said, “If you got him talking about the Cobra in depth, he could give you a detailed list, in chronological order, of everything that went wrong, broke, or needed attention on the car and what was done to correct it.”

The Cobra, of course, led to Pete Brock’s Daytona Coupe and once again Rem had an easy fix for the car’s unpredictable high-speed handling. They fashioned a spoiler, riveted it on and then Rem cut-to-fit until the car was found to be stable at high speeds. Soon after, he was off to Detroit to fix the J-car ( Ford’s project name for what would become the GT40 ). A weekend’s work resulted in the creation of the GT40 MK IV that went on to win Sebring and Le Mans in 1967. If there was one thing that resulted in Ford’s 1967 Le Mans victory it was Rem’s solution for problematic braking that needed to slow the car from 215-plus mph on the Mulsanne straight to 35 mph for the Mulsanne corner—every three and a half minutes for 24 hours. Rem invented a quick-change brake assembly as well as re-designed rotor vanes that prevented cracking.

Another great Rem story often recounted apparently took place at Le Mans when Dan Gurney was driving but found himself too tall for the GT40. Rem went into the Le Mans parking lot, saw the bulge he needed in the hood of a Triumph GT-6. He removed the hood, left a note on the windshield for the car’s owner and went back to the pits where he cut out the bulge and riveted it to the roof of the racecar. There was now ample clearance for Dan’s head.

In 1970, as Ford’s racing program and, in consequence, Shelby’s, was ended, Rem upped sticks and moved the family to North Carolina to work for Holman-Moody on their NASCAR team. California born and bred, Rem found it difficult to settle in the South and after two years moved back to California where he went to work for Dan Gurney’s All American Racers (AAR) where he remained for the next 44 years.

John West, who worked at AAR during the successful 1996-’99 Toyota-Eagle CART IndyCar seasons recalled Rem often saying, “The day I don’t come in to work, I’m dead.” West also said that Rem, who was at the time in his late-seventies, went to Gurney and said, “Dan, I can only work six days a week now.” At AAR, where they referred to him as “Remington University” he passed on his knowledge to younger engineers and worked on a vast array of projects including Can-Am, Formula 1, Formula 5000, Indy, Trans-Am, IMSA GTP, Gurney’s Alligator motorcycle.

Toward the end, in 2012, Rem worked on the revolutionary Nissan-powered, DeltaWing racecar, engineering the suspension and fabricating the oil and water coolers. Sadly, however, his health was failing and Rem finally packed up his toolbox at AAR in June 2012. He died February 9, 2013. 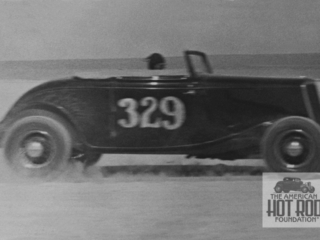 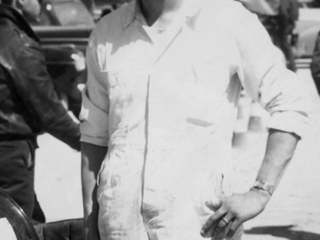 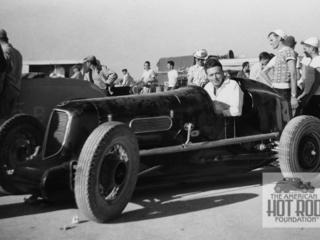 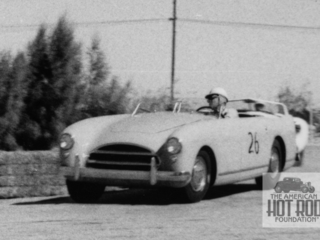 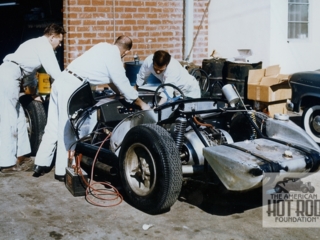 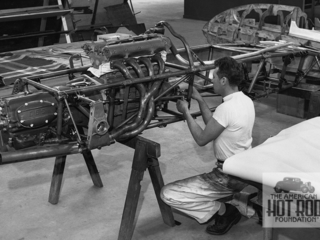 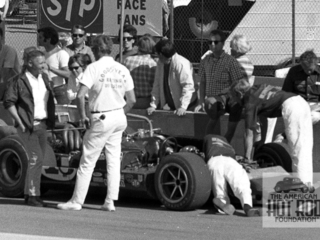 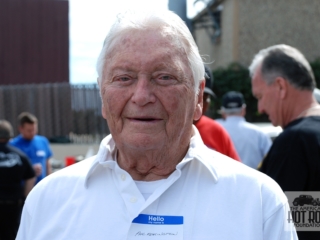