MEMBER OF THE MONTH| MEMBER DIRECTORYMEMBER LOGIN
SIGN UP »

The Spalding brothers William (Bill) and Thomas (Tom) were the two youngest of four siblings that grew up on a 22-acre orange farm between Azusa and Glendora in Southern California. Bill was born in January 1917, and Tom three years later in 1920. Despite their age difference they became fast friends and even faster racers. Bill recalled, “We all worked on the farm and learned how to drive at an early age.”

In 1930, their father gave them a $5 ’23 Chevy Touring that the brothers stripped down, learned to wrench on and raced through the groves—they were hooked on speed. Their next gift was a ’28 Ford Touring Car. Bill remembers, “We tore that thing down and made a hot rod. In 1932, a guy turned up our lane with a new Ford V-8-powered pickup and challenged us to a race. We went out on Gladstone Avenue, and had him beat for the first fifty yards but then he went on by us like a bomb. That’s how we got started.”

Two years later, when they were just 17 and 14 respectively, Bill and Tom attended their first race at Muroc Dry Lake. As luck would have it, their cousin, Arthur Powell was good friends with legendary engine builder Harry Miller. Miller gave Powell one of his Cragar cylinder heads and Powell, in turn, gave it to the boys. They subsequently tried it on the A along with a Miller 4-O-V overhead valve unit. When they took the car to Muroc the overhead camshaft froze and they had to be towed home.

Undeterred, the brothers, now member of the Mobilers, got a ’29 Roadster chassis and body and installed a junkyard ’35 Ford V-8 that they ported and relieved. At his high school auto shop, Tom milled the stock aluminum heads while Bill made a dual carb intake for two Stromberg 48s. Even with a Kenny Harmon-ground camshaft all they could get out of this gow job was 96 mph. Later inspection revealed that the ignition cut out at 4,750 rpm—they resolved to remedy the problem. With the help of John Blackwood, they figured they could solve the problem by moving the stock points and installing Lincoln-Zephyr dual coils and condensers. Each set of points fired four cylinders and they immediately got the engine to rev to 6,000 rpm. Suddenly, they were in business, Bill saying, “We started the ignition business out of our shop at home.”

Their next car was a narrow, T-based modified powered by their ’35 21-studder fitted with rare Riley OHV heads, a $100 Mercedes blower and a brace of Stromberg 48s. On October 2, 1938, they set a two-way record at Harper Dry Lake at 120 mph. Eventually, they pushed the modified to 132 mph.

They weren’t done yet though and constructed a steel-bodied streamliner nicknamed the “Carpet Sweeper” though its actual name was “Grey Ghost.” Powered by the same ’35 flattie, it proved to be too heavy and no faster than the modified with a best speed of 128.75 mph at Rosamond on October 29, 1939. It was definitely different though. Unfortunately, their parents gave the body and frame away during the WWII scrap drives.

After WWII, Tom continued with the ignition business in Monrovia, California, while Bill found his niche in cam grinding and camshaft attachments. His approach was more scientific than guess work and the results paid off. After a brief stint with Harmon & Collins, he opened his shop in 1947 a few miles west of Tom in Glendale, California.

Rather than produce cams for the flathead Ford V-8 like everybody else, Bill concentrated on the Chevy Six where there was less competition. His first cam was ground for Nick Brajevich for a Wayne-headed Chevy that powered Brajevich’s T track roadster. After replacing the Winfield cam with the Spalding 280 cam, Brajevich qualified fastest, won the eight-lap dash and won the main event.

Although operating separate businesses, Bill and Tom continued to work together. In 1949, in just three weeks, they built a beautiful, orange ’25 T-bodied track roadster for CRA oval track racing. Powered by a Wayne 12-port Chevy with Hilborn injection, Spalding ignition and cam (of course), the car set the track record at Phoenix first time out with Roy Prosser at the wheel. They even took it to Bonneville where, in 1950, it was clocked at 144.69 mph. At the end of that season, the car was parted out.

Tom, meanwhile, realized that modifying existing parts wasn’t enough, he needed to make parts and in 1955 he introduced the “Flame Thrower” a new dual-coil/dual-point ignition guaranteed to 10,000 rpm. Each coil and each four-lobe breaker cam sparked four cylinders. The “Flame Thrower” revolutionized the aftermarket ignition industry.

Tom’s other love was the then-new craze of Go-Karting. To meet demand, he built his own dyno to test his own clutches and ignitions that helped power the fast growing industry. He wasn’t done with large-scale auto racing though and as the Offy began to lose its dominance Tom was contacted by Dale Drake to develop an ignition system. His BDI ignition afforded the Offy a reprise and Tom was awarded a patent for it in 1972. Tom Spalding passed away on September 26th, 2001.

After approximately eight years in the cam business, Bill received and offer from Ford Motor Company to become an instructor/representative. Weighing up the benefits against the uncertainty of the aftermarket, Bill sold the cam business to his nephew Volvey Spalding to whom he had taught all he knew, and went to work for Ford. Over the next 20 years, Bill held a number of positions with Ford including a stint in the aircraft division where he liaised with the Strategic Air Command. He retired in 1974. 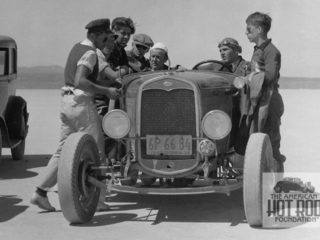 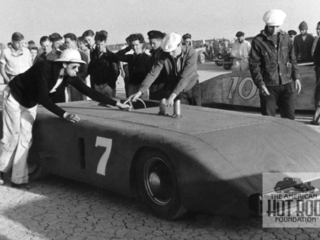 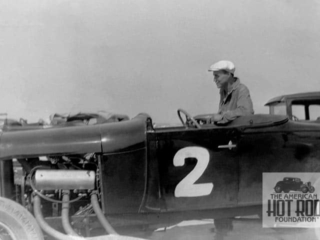 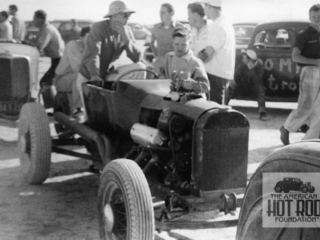 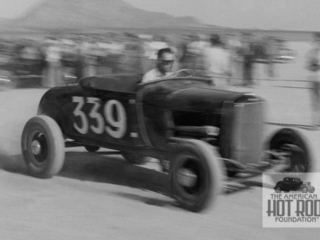 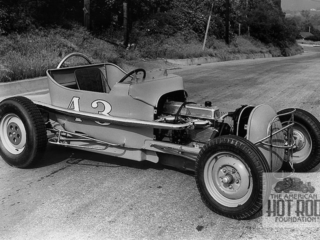 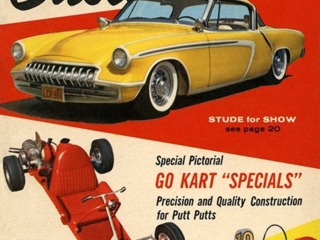 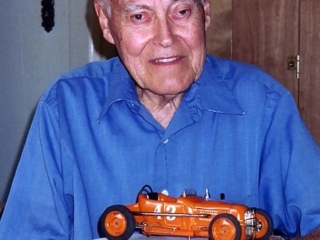