No there is nothing wrong with our equipment, we’re just going to put this week’s happenings a bit out of order because we can. It’s also a good excuse to show you some new goodies we’ve found first instead of last.

This Saturday the morning was spent at the yearly S.C.T.A. Rules Meeting where all the clubs and committee’s hash over and vote on newly submitted rule changes for next year. After this process, the new submittals go to the Board of Directors for a final yea or nay. All very democratic and time-consuming.

It took all of two hours and forty-five minutes to do all of this as it’s been a quiet year in change and new ideas land. The cool thing about this short for a change meeting is it left the whole second half of the day to get into trouble with. As luck would have it about thirty or so miles down the road Gene Winfield was having his yearly Windfield & Watson get together at his Mojave shop. Guess where we ended up?

A little pre-planning said to bring the camera as you never know what you’ll find at Gene’s place And it was a brilliant idea if we don’t say so as just inside his front gate we spied our first victim to shoot (JMC_5166). We’re looking at a nice looking 1954 Chevrolet that most likely started life as a Model 150. After a nose and deck, a shave and a top chop and a wild flame/scallop combo this one looked Bitchen. The Caddie caps added some extra class to it in our book.

Just across the way from the Chev was stood an almost in the weeds 1955 Ford Fairlane Crown Victoria (JMC_5167). It looks like the hood was transplanted from a ”54 Merc and the tail lights from a ’60 Chrysler. Note the tuck & roll wheel well insert right out of the ’60s, cool man!

After the old school, ten or so cars away we ran into our next interesting ride (JMC_5168). It’s new school with donut tires and an over the top flame job and tail light that almost disappear. One wonders what we’ll say about it in half a century.

Snooping through all the buildings on the property is half the fun and we found this in the works ‘41 Lincoln Zepher having its lid lowered the old fashioned way, lots of tin massaging and lead (JMC_5171). Gene said it takes a lot more time, effort and moola to do it this way but it will last a lot longer than a bondo job. You also get a good workout with the vixens.

To backtrack a little, on Friday we got a little package from our Florida connection, Mr. Jere. He keeps finding little ditties that make us feel like we’ve been hiding under a rock. When we were putting together our Slingshot DVD (for sale in our shop) a couple of years back we went on a search for authentic sounds from back in the day. The only place we scored was with some old records. We’ve just got a new lead and it fits right in with our Left Coast diggings. Seems Jere was a big help with a record company called Fleetwood Records and he sent us a letter he received from them back in late ‘62 (JSC_092). Never heard of Fleetwood Records we did our trusty web search. Most of the stuff we found was on Fleetwood Mac until we hit paydirt in the form of a list of recordings that the real Fleetwood put on vinyl. One of their very first recordings was “Sounds of Sanford” and we just happened to find a shot of the album cover to show you. All we have to do now is locate a real album and we’ll be stylin.

During the week we did some out and about’s trying to uncover older hot rod info and found some old Ford Times. One from July ‘47 had a good story on “Gardena Bowl” and the Hop Up’s, Gow Job’s and Arcing Buggy’s that raced there. A December ‘50 issue touched on the first Hot Rd to break 200 mph (the Denverites Bill Kenz and Roy Leslie). And another one (June ‘53) filled us in on Racing’s Superservice Station (The pits at Indy during a race). In a stack of stuff near the “Times” we discovered a copy of “Old Timers News” from October 1945. Inside was a story on America’s First Automobile Race that had taken place a merely 50 years before on November 28, 1895. It was written by Charles B. King who took place in the race and they included a detailed track map through the streets of Chicago and vicinity.

We dug a little deeper and ran across around 80 3” x 3” prints taken at Milwaukee back in ‘56 during some races sponsored by a then-new group called USAC. Here are three scans from the new find.

First up we see Dick Rathman’s Central Excavating number 81 Kuzma built dirt car is seen at Milwaukee in June of 1956 for the 100 mile Rex Mays Classic (JMC_5162). Dick qualified the Offy-powered car in 22nd spot and lost the clutch on lap nine of the 100 lap race and was awarded a 21st place finish. On the right in the background is the number 76 Leitenberger Silnes/Sherman Offy powered ride driven by Eddie Johnson. On the left is the number 77 Dayton Steel Foundry Schroeder Offy driven by Jim McWithey. Both Johnson and McWhithey were to slow in qualifying so we’re trying to figure out why they’re on the grid. Schroeder is Gordon Schroeder who’s son Gary supplies all those cool steering boxes used in today state of the art hot rods.

In the center of our next shot is the number 8 John Zink Watson built Offy driven by Dick Rathman (he starter racing in Track Roadsters after the war in California). It’s getting the once over in pit lane during practice for the Milwaukee 250 held on August 26, 1956. On the right is the John Zink Watson dirt car driven by Ed Elisian. On the left is the nose of the Jud Phillips built Bob Estes dirt car driven by Don Freeland (another track roadster driver). Rathman qualified down in 15th and lost oil pressure in the race and was classified as 25th. Elisian started in 26th, crashed out in turn two and was classified as 22nd. Freeland started in 7th then lost his mag the finish down in 24th.

Our last two shots for this week’s story are just a few of Doug Rasmussen’s great shots from the late ‘60’s we finished retouching and have resized for posting. JMC_5172 shows some in color and JMC_5173 shows some in B&W. We probably have another hun and a half GNRS shots in the works from B-Ville racer Gary Hartsock so keep your eyes peeled for them.

Just in case you thought we were sleeping this week we also posted another month-plus of shots for our photo of the day feature. Like we always say, who needs sleep! 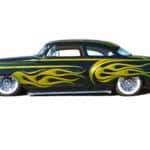 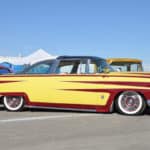 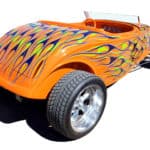 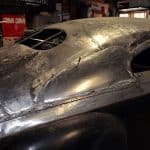 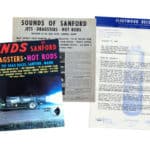 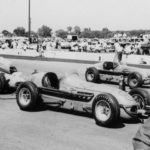 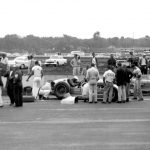 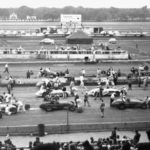 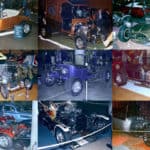 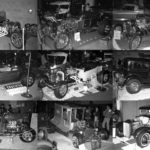