No, we’re not talking about the big city on France but a little one in California. Every Thanksgiving night except during the first half of the ‘40 there has been a race for midget race cars someplace in Southern California. Except for the last couple of years when they moved the event to Perris, one only had to spend 45 minutes getting to the track. Now it’s something like two and a half hours one way. That’s a good reason not to go. Tradition dictated that one has to partake in some kind of automotive event on this date and without looking too far it was easy to find one in the guise of the LA Auto Show.

I grabbed the camera and off I went. Twenty minutes later it was culture shock as all the parking lots surrounding the LA Convention Center where the show was held wanted fifteen bucks for the pleasure of parking your car. Two blocks away and two bucks later a parking meter did just fine, thank you. As for the show, this old geezer got in for eight bucks thank you very much.

The best reason to go to an Auto Show is to see the cars so let’s look at some of them.

To me, the coolest car in the show had to be the Mercedes-Benz Concept Car that I’ll call the AMG-Mercedes Vision Grand Tourismo (JMC_4838). Somehow the front end shape reminds me of something Rudi Caracciola would have driven on the Frankfurt-Darmstadt Motorway back in late ‘37 and early ‘38. I don’t know if this one will do 238 mph as Rudi did on the public highway back then but we could always try. The weirdest part of the vehicle is the wheel rims that stick out a couple of inches beyond the tire. You can’t even put black marks on the wall anymore.

Over in the Lexus booth, we spotted our next shot in the form of another concept car (JMC_4842). The detailing on this ride was fantastic but one wonders if the designer didn’t get a deal on some Darth Vader Light Sabers to use as headlights. It must have taken the designer forever to work out the indent pattern on the lower portion of the headlight? bezel. This kind of setup would be a WOW on a late ‘30’s-’40’s custom.

Would you believe our next ride is a Honda? (JMC_4853). This one’s a hybrid so it should get a zillion miles per gallon if it’s ever built. All that’s needed are some external speakers blasting out some great engine sounds to make my day.

If our above car is a little to fru fru for you, how about a road car built to run for 24 hours at a great rate of speed at a place like LeMans. We present the Toyota TS030 Hybrid (JMC_4848). This one has a little 3.4 liter naturally aspirated V-8 behind the driver that packs 530 hp with an additional capacitor-based hybrid system that adds an extra 300 hp.

On the top of the heap in the race car world is what they call an F1 car. There just happened to be one on display at the show and our camera was there to capture it. JMC_4839 shows the nose of an RB5 from 2009 that Sebastian Vettel and Mark Webber both drove. Behind the drivers sat a naturally aspirated 2.4 litre Renault RS27 V-8 that was limited by the rules to only 18,000 rpm. When I was looking at the shot I visualized a Mooneyes decal in place of the RedBull racing one. Those eyes with the little air intake mouth could have made the car a real big star in the Disney movie Cars.

The last series of shots we took at the show doesn’t bode well for our love of race cars (JMC_4856). It might be fun to drive? One of these simulators but it will never hold a candle to the real thing. No noise, no vibration, no burning rubber and no getting just a little scared for a secondalming yourself down after you’ve just saved it.

We’ve always dug old magazines around here so let’s have a look at an illustration from way back in August 1944 that appeared in Fortune Magazine that fits right in with our modern show car pic and calming yourself down after you’ve just saved it.

We’ve always dug old magazines around here so let’s have a look at an illustration from way back in August 1944 that appeared in Fortune Magazine that fits right in with our modern show car pictures (JMC_4822).  The great drawing is from a Virginia-Lincoln Corporation Advertisement that was pushing their product called Valinite, a low-pressure reinforced plastic that was ideal for vehicle bodies. Try and find a modern production car today that doesn’t have some plastic bodywork on it.

Early in the week, we had set up a visit to our pal Fred’s bookstore on Friday. It’s almost impossible to walk in and not leave with a bunch of goodies and this time it was 30 more old magazines. One cover from the June 1951 issue of Motorsport magazine featured Mr. William Cunningham of Indianapolis (JMC_4834). At the time he was a Captain in the United States Air Force and is seen next to his pride and joy. The car started life as a ’40 Mercury and was conceived in ’46 and finally started on in ’49. Under the hood is a 152 hp Lincoln mill that powers the 3,900-pound car. She (the car) is a short five foot four inches tall and has a lift-off roof so I guess you could say she can go topless too. The Lavender Rose lacquer paint job is only 25 layers deep and is definitely a head-turner.

From a September 2, 1938 issue of Autocar we found this cool Lockheed ad touting the just broken Land Speed Record of Captase laquein George Eyston but it doesn’t relay the whole story (JMC_4857). On August 27th Eyston set the World Land Speed Record at 345.489 mph that goes with the ad. On September 15th one John Rhodes Cobb came along and took it with a new speed of 350.194 mph. Not one to go away with his tail between his legs, Eyston was on the salt on the next day and put Cobb in the weed again with an even faster new record of 357.479 mph. The magazine also features another half dozen or so Eyston record related ads.

To spice things up even more Jere Sheehan sent us another package with more old NHRA stuff in it. JSC_032 shows three Rule Books from back in the day.

In the middle of the week, we picked up some newly transferred film from the mid ‘50 that shows us where a lot of our beloved old iron went to. There was a thing called Jalopy Racing and it makes you cry at all the fine tin that was turned into junk. On the other hand, there is nothing as pretty as a nice three-window drifting through a corner at a forty-five-degree angle spraying dirt.

Last up is where most of this week went. JMC_4857 shows just a few of the shots that have been loaded into the Photo Of The Day queue. See if you can spot Windfield, McGrath, Vuki, Parnelli, Spurgin, the Spalding’s, Hanks, Hulme, Whitt or Jimmy Murphy or Jack Morgan’s car. I’d rather be behind the wheel of one of these rides any day instead of that simulator shown above. 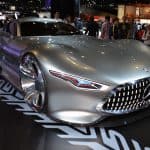 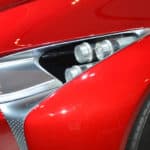 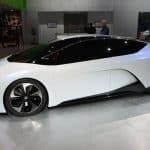 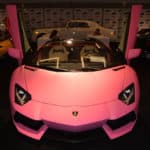 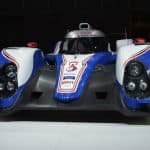 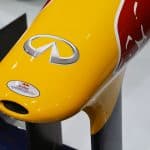 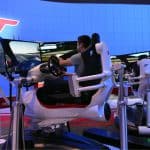 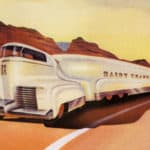 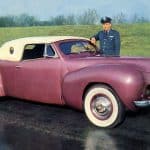 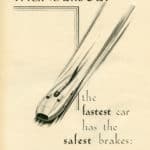 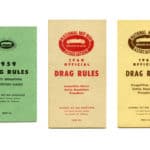