We don’t pay much attention to clocks around here because if we did nothing would get done. Once you sit down in front of the computer the next thing you know 10 or 12 hours are gone and it feels like you haven’t even touched the surface of the big pile of goodies next to you. The downside is that your butt goes to sleep but the upside is all the great machines we are constantly running across.

Last week we received a package from John Peschek on Saturday afternoon containing 46 shots taken at Bonneville in 1953. We showed you a few as teasers and had a chance to have at it with them this week. Our first four shots for this installment are from John.

First up we see The Chrisman Brothers chopped Model A with two ‘40 Ford hoods up front (PCK_005). Jack and Art and Lloyd teamed up with some of their buds for a B-Ville assault in 1953. For Class B Competition Coupe and Sedan they ran the car using the number 637. As Chrisman Bros.-Sharp it was powered with Sharp’s 246″ ’48 Mercc8 Merc and as Chrisman Bros.-Duncan they ran with Duncan’s 258″ ’48 Merc. To complicate matters they also entered the car in Class C Comp. Coupe and Sedan running it as car number 638 as the Chrisman Brothers powered by their own 304″ ’48 Merc. Since we see an 8 on the door this is the Class C iteration. At the end of the week, the boys had captured first in class B with a speed of 156.52 mph and also set a new record at 160.178 mph. In class C the car finished second in class with a speed of 163.63 mph. A young Art Chrisman is sitting on the front wheel. At the time Art was involved with Bill Stroppe and Ford Motor Company hence the Lincoln to his right.

Next up we see a cool shot of the “Saltshaker” at Speedweek in 1953 (PCK_008). Looks like it’s missing the number 1 in front of the 78. The front motored Class B Modified Roadster came all the way from Salinas, California and was powered by a 259″ ’40 Mercury. The best the car could do was a run of 150.25 mph that was good for a third in class. Top dog in the class was the Waite-Bradshaw car at 191.59 mph so they were just a little off the pace. Note the different length intake stacks on the carbs, talk about a bear to do a tune with.

This is the first time we’ve run across a shot of this car. Tacoma resident Edward Vincent Leaf brought this Class B Roadster to Speedweek that powered by a 258″ ’41 Merc. Ed’s best speed was a slow 118.26 mph and he finished down in eighth and last in class. Our shooter John Peschek was also from Tacoma and probably knew Ed.

Our last shot of this group is really interesting. We see the Kenz & Leslie Streamliner carrying Floyd Clymer sponsorship (PCK_010). New for this year was a canopy for driver Willie Young’s head. After seeing hundreds of shots of the car this is the first time we’ve seen the car with this aerodynamic experiments consisting of cardboard and tape. Wonder if it worked? At the end of the week, the Liner finished first in class with a speed of 255.31 mph and went on to establish a new Class E Streamliner record of 255.411 mph. Power for the Denver based car was two ’46 Ford flat-motors displacing 592″.

Newly retouched and from the Bill Phy Collection we see Road Runners member Bill Burke’s first of it’s kind Tank (BPC_089)! Bill was the official entrant of this number 16 Class C Streamliner during the 1947 S.C.T.A. season and with a little help from his bud Don Francisco they did good enough to finish third in the points standings. Providing the go out back was a Merc flattie running Phil Weiand Heads and Intake and a Clay Smith Cam. Fastest speed for the year was 139.96 mph. Note Burke’s sense of the car’s name, Suite Sixteen.

We received another package from our New England/Florida connection Jere Sheehan this week and the contents were to die for. Included were two of his original Cam Snappers jackets that we have yet to photograph for you. We also received one of his club plaques all painted up in Candy Red Metalflake (JMC_5082). Wow!.

I got a call from AHRF Contributor Steve Straw about some stuff he found that we might be interested in. We also chatted about his days back in New England and by happenstance, I mentioned a clipping we had received from Jere from the Boston Sunday Globe dated June 22, 1958 (JSC_083). Well, Steve said he knew Mat Hurwitz and that he use to own a gas station and is still causing a little trouble these days. I call that cool and what a small world we live in.

Our next image is also from Jere (JSC_084). You will note the thumbtack holes of this just removed from the wall and sent to us after all these years treasure. The bottom was torn off and entered in the guess how fast Lee Pendleton can run contest at the Sanford, Maine track. I asked Jere if he won the $20 prize but he didn’t reply. As to the date of this treasure, we discovered it via our next shot.

This intriguing picture was taken by Bernie Shuman at the Sanford, Maine track back in August 1962. We see Ohioan Lee Pendelton’s Allison powered digger being pushed off for one of his three exhibition runs. Check Leee’s unique way of getting traction by using a set of inverted aileron’s off an unknown aircraft. His “Spitfire” Unlimited Gas Dragster ran a quick 183.28 mph in the quarter in 9.17 seconds or about 20 mph faster than before he added his aero experiments. You can find a similar wing setup on Fritz von Opel’s rocket car from 1929 but Lee’s use of an inverted airfoil goes down as a first. Can we call him the Father of Modern Racecar Wing Technology? As of now, we say yes.

We just finished scanning our second installment of shots from Doug Rasmussen. Let’s look at some of them. First up is a dusk shot taken at Vaca Valley Raceway in 1968 (DRC_220). Closest to the tower is an early Austin-Healey that most likely has a V8 under the hood as the slicks are starting to smoke. On the near side is a ‘41 Willys. We have no clue as to the players but it’s a great shot.

This daytime shot was taken at Vaca Valley Raceway and the print is dated November 1968 (DRC_221). We see a rail and Bantam having a go at each other and are again clueless as to the players. In some of the sister shots, we have a Javelin taking on a Camaro and what looks like Gene Winfield’s Strip Star taking on another AMC product. All cool!

Next up from Doug is Ken Olsen’s “Aggravation” T Roadster Pickup that’s seen at the 1966 GNRS. It rides on a hand made tube chassis and sports a hotted up 327″ Vette mill for power that transferred its oomph through a 4-speed tranny and a 4:11 posi rear end. Fitting for the day, it was painted Mellow Yellow. Anyone up for an ice cream bar from the T behind it?

The Bay Area wasn’t the only place to view cars in Central California. Melvin Pardue and his wife from Kingsburg displayed this T-Bucket at the Sacramento Auto Show in 1966. The car was powered by a really warmed over ’62 421″ Pontiac and featured a Cal Automotive fiberglass body that was painted Candy Tangerine by the legendary Junior Conway. The black button-tuffed interior was the work of Mr. Eddie Martines. On the left, you can see the tail of the George Barris customized Mustang with zebra skinned top used in the Movie Marriage on the Rocks staring Frank Sinatra, Deborah Kerr and Dean Martin. We last saw it at the Petersen Automobile Museum in early 2014.

As a break from sitting on the butt too long, I’ve been taking in the local drive-in on Friday nights as an excuse to cool down an have a nice cold shake while walking around and checking out the rides. The camera goes along and once and awhile a shot is even taken. Here are a few artsy ones.

The side of a ‘56 Buick Century makes perfect shadow catcher especially if it’s an interesting one like this (JMC_5083). More than a few cars and bikes lately have been showing using LED light strips on their undersides to give their ride a little bit of pizzazz, especially in dimly lit situations. This drag/street bike is a good example (JMC_5085). A freshly painted chop-top Merc showed this weekend. It was fitted with some DeSoto teeth and said shoot me, so I did (JMC_5084).Since

Since it’s past that time when the coach turns back into a pumpkin we bid you a good night. 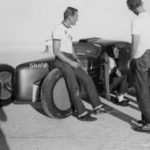 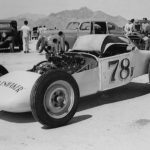 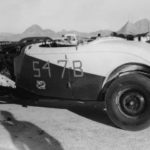 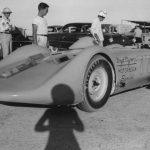 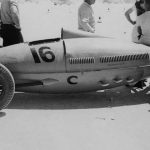 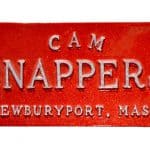 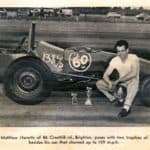 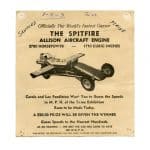 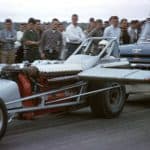 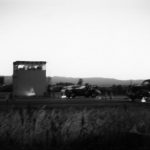 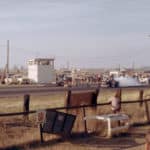 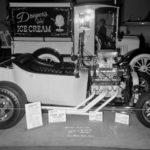 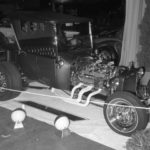 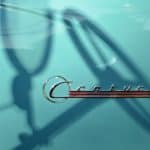 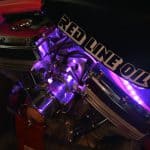 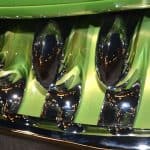 Previous Post: « It has been a fun week scanning and retouching and getting new stuff
Next Post: A Blab Fest »
↑ Top of Page