For all of you who grew up in the late ’50’s and early ’60’s the name Lynn Wineland is sure to ring a bell. Lynn was the editor of that little car magazine you use to take to school tucked inside your history book and read in class. Yep, Rod & Custom warped many of us thanks to him.

Lynn grew up in Southern California and got the car bug like all the kids. In the early ’50 while going to school in Ohio he got the Bonneville bug and towed a trailer to the salt, unhitched it and drove a lap in his tow car, a ’34 Ford coupe, to a speed of 106.257 mph (MCC_008).

After moving back to California, Lynn became a staff artist for Rod & Custom (LWC_001). Before long one of his drawings was featured on the February ’55 cover depicting a custom shoebox that started the trend of using Studie under-bumper body stampings for grill surrounds (LWC_002).

Later he was involved with R&C’s “Dream Truck” doing design work on it (LWC_003). That carried on to his own toy that became the R&C “Bird” project (LWC_004). Never sitting still, he was on the ground floor of of a new California fad that he ended up naming. Lynn coined the term Go Kart and even did the logo and artwork for Duffy Livingston (LWC_005). Lynn also started a feature called “Off the Sketchpad” at first featuring his own drawings LWC_006) and then introducing to the world to Art Center talent like Chuck Pelly and Tom Daniel, two amazing illustrators.

Last but not least he rescued the worlds most famous roadster from oblivion. Yes the Doane Spencer roadster was saved by the our man and resurrected as a magazine project car (LWC_007) before going to Neal East and then Bruce Meyer and winning at Pebble Beach.

I am going on about the man because last Saturday night was his 80th birthday and a few hundred of his friends surprised and honored him at the Sidewinders Banquet (LWC_008). His cake was in the shape of, you guessed it, the Spencer roadster. We see him with old pals Julian Doty, Johnny Johnson and Isky. 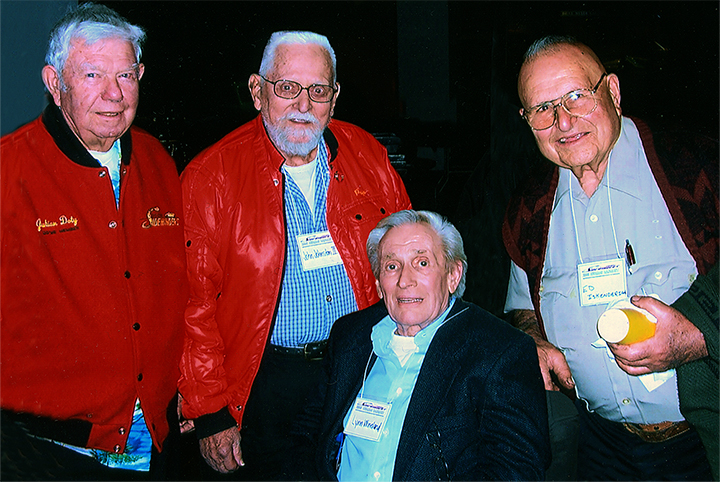 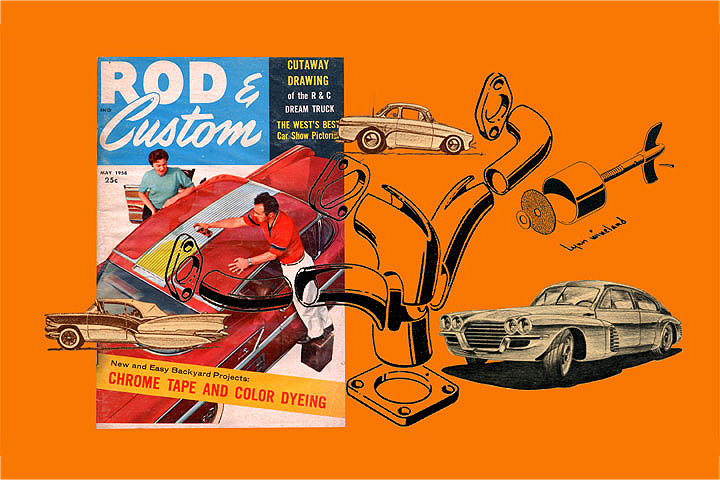 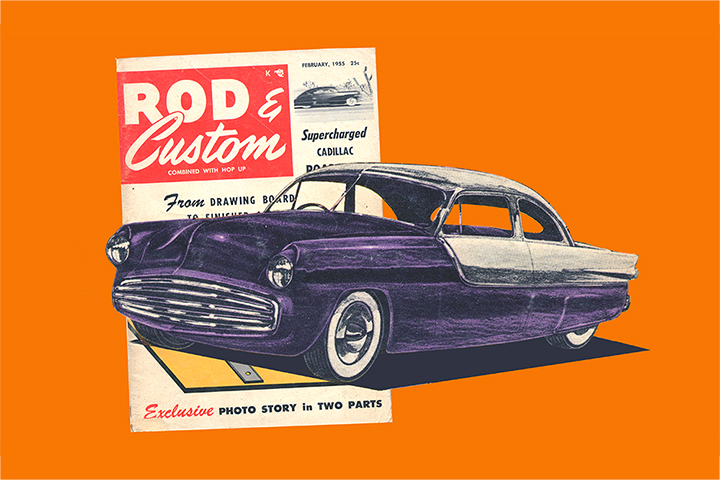 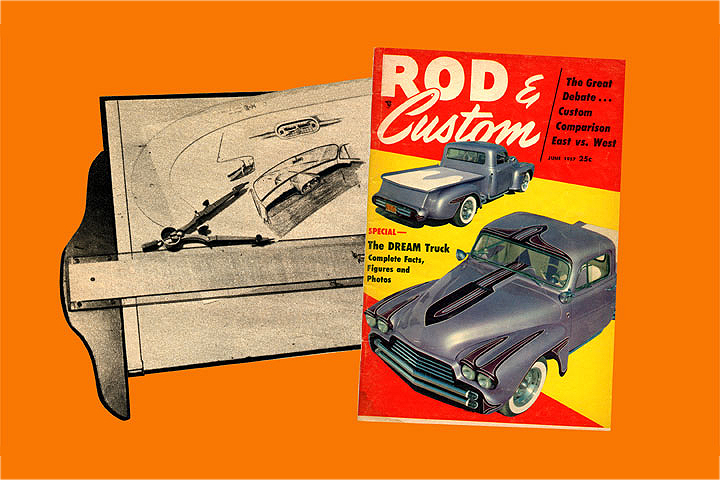 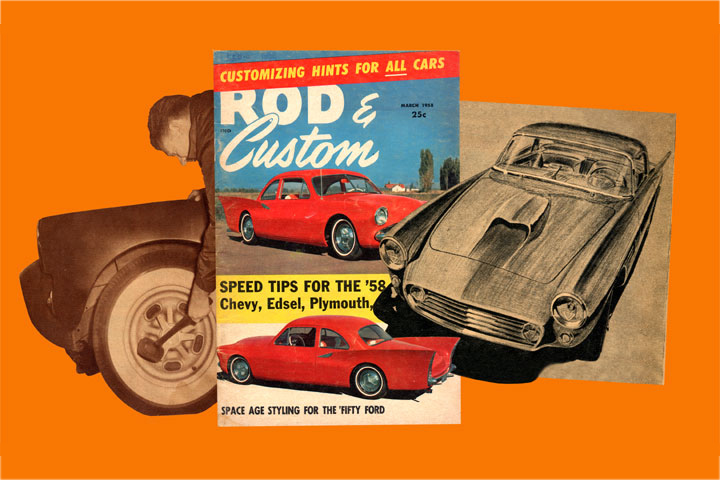 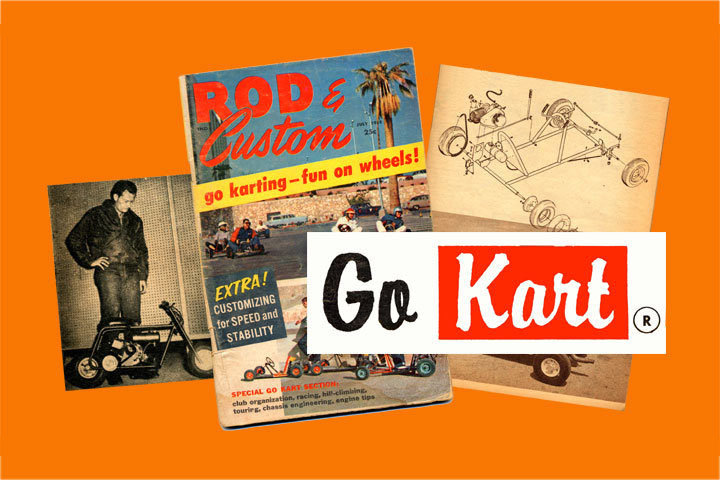 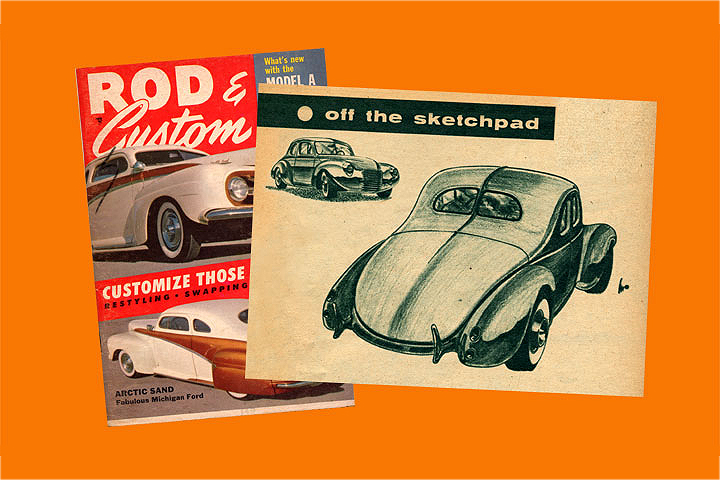 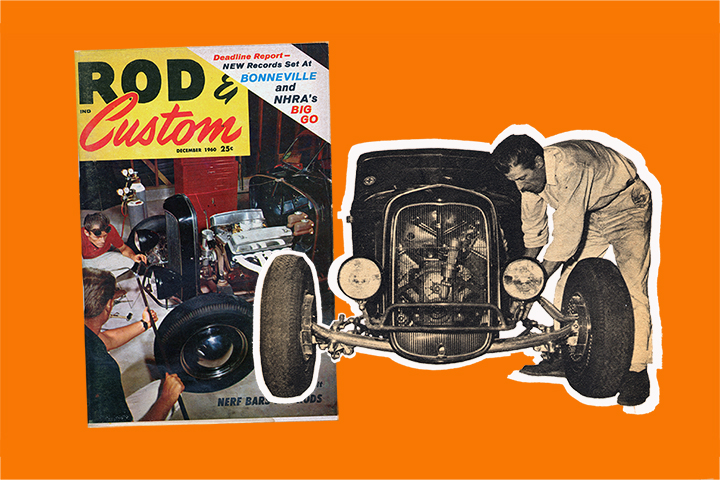