Another hectic week and more food for thought.

Went to Jim Lattin’s coming out party for the old Bert Peterson-Noel Black number 120 Class A Modified Roadster that began running in ’64 at Bonneville. Typical of good Bonneville cars, it ran many years and finally retired as a racer in ’91 to become yard art. That is quite a time span for a working race car. It was at one time the World’s Fastest roadster starting in ’66 at 256.685 mph and later was even faster. Check out this shot taken at the party and see how many AHRF pioneers you can name (JMC_10514).

A little back story on the car. Peterson and Black ran the car from ’64 through ’67. From ’69 to ’74 it was run by different combinations of Griffin, Orput, Allen, Bumgardner and La Sage. From ’75 to ’91 Ken Kelly ran it before going to Lattin. Rick Peterson took took five mounths to restore it back to almost original condition for Lattin.

I also went to another party this week at Don Prieto’s place. This time featuring the best of drag racing legends. The old Chrisman-Cannon Hustler VI was out of mothballs minus the streamliner body and did a little Cackling for the crowd (JMC_10515). Also on hand was the old Yeakel Plymouth Special that the “Mongoose use to shoe (JMC_354). Pete Eastwood brought it back to life. Not all the cool cars at the party were race cars. “Mr. Hot Wheels” Larry Woods tooled in with this old 1932 Nash with a hot V8 under the hood {JMC_10516). Inside Isky, Arias, Ivo. Lipponcott Jr., Olsen, Deist… the list goes on forever, were all telling whoppers.

Last week I ran across two interesting photos of a great car gone south. Tom Davis’ Olds powered roadster was state of the art for street rods in ’41 (TDC_049). Rumor has it that the chassis started life as a Miiller race car. After Tom sold it, the next, or the next owner did a little modification that in my opinion turned a treasure into trash. Cut down doors were quite the rage at the time but this one doesn’t quite work on the car in this ’46 shot (EMA_008). You decide if you like the results. Later on the car ended up running bullrings in Central California with a different body. Who knows, it may still exist.

It’s back to the grindstone to dig out more treasures for you next week. 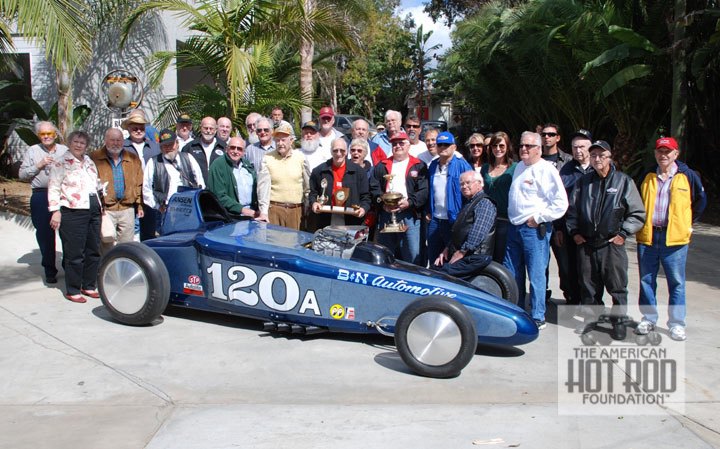 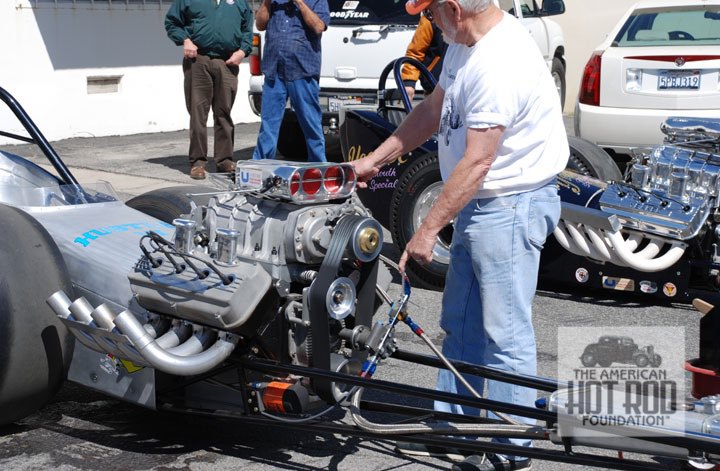 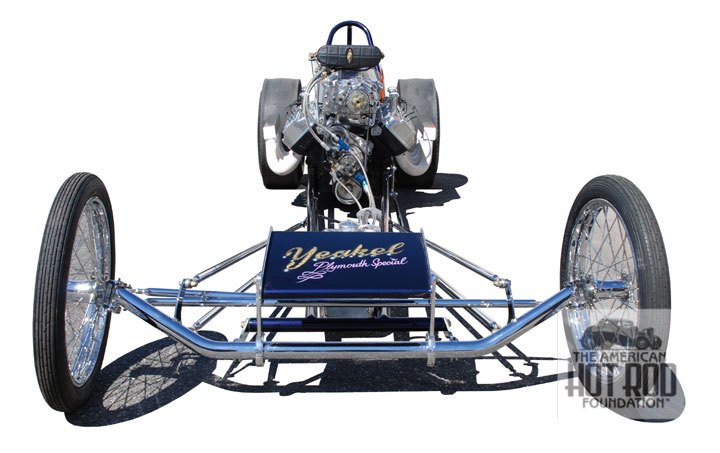 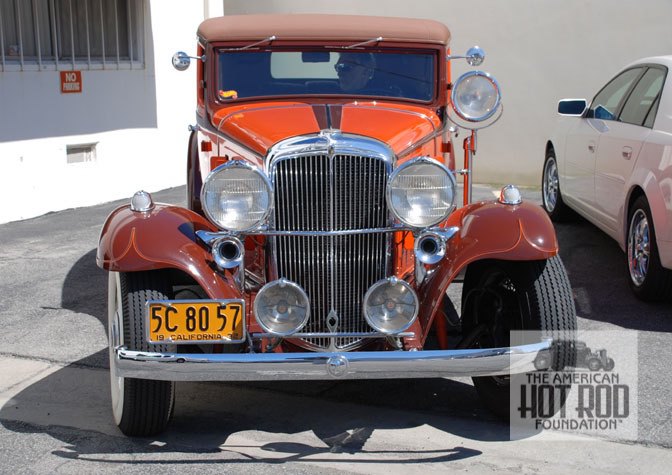 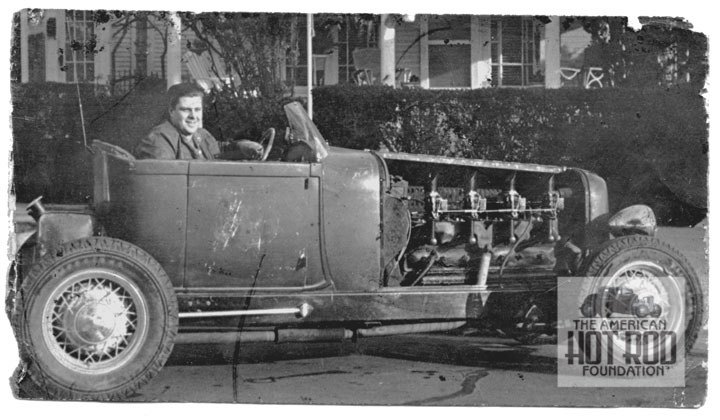 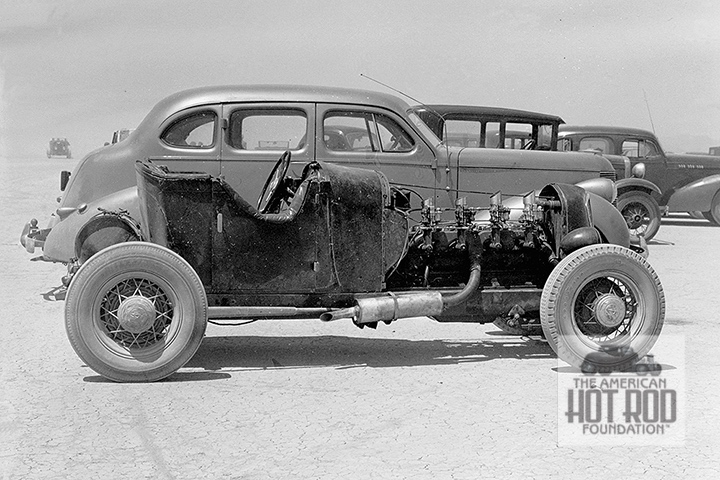