Last week we had a little fun with noses, or as the really late and great W. C. Field’s use to say Proboscises. From Indy rides to custom rods to lakes racers they just looked right on rods. We used Dick Flint’s car as a benchmark because it got the most widespread attention in the early fifties.

We’re going to bounce back to before WWII and show you Chuck Schultz’s car again, first because we like it and second because as far as we know it established the trend of having a custom made “Race Car” grill shell on a street rod (TDC_005). As far as we know that Frank Kurtis Indy car builder guy did the work in aluminum.

Everybody always thinks Southern California was the major area player in the cool nose cars. To refute that all you have to do is look at some of the rides that came out of the Bay Area, namely the Lee car (MBB_226). The nose of Richard ” Woody” Lee’s beautiful ’23 T roadster is seen at a Cal-Neva event in 1951. Note the ’37 Ford V8-60 tubular front axle just like on Schultz’s car above. The car was a show winner at the GNRS like Niekamp’s. Lee ran the car at Bonneville in ’51 with the added on roll bar in Class C Modified Roadster to a respectful 133.136 mph. He also ran the car at the Salinas drags.

We always wonder where these beautiful cars of yesterday went to. We can tell you the Lee car ended up down in the San Diego area in Al Jerauld’s hands then got stashed in a garage for quite a few decades. It was rescued, got washed and showed up at the 2014 GNRS in unrestored condition (JMC_4777) and turned a whole bunch of heads.

We’ve been picking on roadsters for awhile with cool snouts so it’s time to show you a head-turning coupe with a nose similar to the Flintmobile that started this whole thing to begin with (MBB_331). Car number 607 was listed in the 1951Bonneville program as Irv Brendel’s Class B Modified Coupe. We know that the car started life as a ’34 Ford 3-window before a nice top chop. The custom hood, nose and side panels fashioned by

Los Angeles body man and racer Marvin Faw. Irv’s car ran 106.888 mph for fifth in class at the salt that year. We have to ask ourselves did Mr. Flint see this car at a ‘50 car show that we have a picture of?  Was it the inspiration for his Valley Custom-built ride? Next time we see him guess what we’re gonna ask. As for Irv Brendel we discovered he had a repair shop in Santa Monica that worked on hot rods. When he gave up cars he moved into California’s Central Valley and took up playing with boats. He became quite successful at that under the name of Brendella.

To keep busy during the week we went crazy scanning old race programs cover to cover that go into our growing database and are so useful in the identifying cars department (JMC_4753). A somewhat new form of Auto Racing Entertainment (right) called Hot Rod Auto Races that were sanctioned by the California Roadster Association (CRA) came to life after WWII. During the 1946 season, the organization held 22 such races with Bonelli Stadium hosting 13 of them starting on October 6 through December 29th. In 1947 the CRA held 89 events starting on January 5 that ran through December 7th of which Bonelli Stadium held 30 of them. For 1948 the CRA continued with 50 races of which only two were held at Bonelli. That makes 45 Roadster races in total were held at the Bonelli track. We present 18 of those event programs. Our goal is to collect all of the programs from Bonelli as well as all the other tracks the CRA ran at so we can correctly identify the cars, owners and drivers for you and generations down the road. Better yet is that there are quite a few short driver bios in the programs stating that quite a few starting their racing careers at the dry lakes before the war. We counted over 100 roadsters built in the last four months of ‘46 alone. Seems our work never ends.

Since we have quite a few shots of these “Hot Rods” we’ll show you one that we identified with the help of the programs (MAC_063). Welcome to Bonelli Stadium in 1947 where we see Bill Steveeves clowning around in the infield pits behind the wheel of Vince Duarte’s number 8 track job. Under the hood was a Ford inline-6 flatmotor with dual carbs. Bill would win five races in the car with the o-too-skimpy rollover bar.

Since we’ve touched on track jobs and noses lets look at a couple of beauties that raced both at the lakes and in circles.

It’s hard to believe that Fred Ige built this beauty all by himself in his back yard garage right after the war (RBC_038). His workmanship was so good tat at the first Oakland Show he won first place in the Competition Class and almost nosed out (no pun intended) the Niekamp car for first overall. Fred painted the car Yellow to honor his Japanese heritage and used his U. S. Army regiment number on the side of the car. He dismantled the car for an upgrade and never completed it so this one is definitely history. Fred went on to work for Ernie McAfee.

Another one of those track jobe that was a beauty and almost unbeatable was the one built by Reg Schlimmer. Ir. I lost to history. Fred went on to work for Ernie McAfee.

Another one of those track jobs that was a beauty and almost unbeatable was the one built by Reg Schlimmer. It wasn’t by luck that the beauty was also on the cover of the first issue of Hot Rod Magazine. Most of the world is used to looking at the car in black and white so it’s only fair that the AHRF shows you the masterpiece in living color (DCC_140). Under the hood was a ‘46 Merc fitted with buddy Earl Evans’ heads and intake, a Clay Smith cam, and a Wico mag. The car ran in Class C Roadster and both won the GNRS’s AMBR titles. JMC_4777 shows the Krikorian ride snapped in 2013 with funny looking tires and minus its signature fenders. Bummer. The nose still looks fantastic today.

For those of you saying you forgot the envelope pusher of all envelope pushers when it comes to nose jobs. Calm down, we saved it for last. May we present Mr. Roth’s Excaliber from ‘59 with the interior yet to be done (BAR_229). What a nose! Resto three or four with wire wheels upfront was seen at the Petersen Museum last week. Go see it if you can.

We took a little road trip out to Irwindale Speedway on Saturday morning to take in the first “Day Before Mothers Day” Mooneyes Car Show and Drag Races. Our pal Doug Stokes (also an AHRF contributor) got us some ringside seat credentials to show off the place. Word is that the track may disappear at the end of next year so get off your couch and attend every event you can there so that the owners will have a change of heart. It’s the only race track left in Los Angele everybody on April 24-25, ‘48 with a lap at 146.10 mph for a first in class. Second place man Randy Shinn could only manage 136.98 mph. Reg’s car also set a new class record at 138.975 mph.

Let’s revisit noses one last time. For the most part, as rods proliferated in the ‘50’s they went back to using mostly stock or slightly massaged grill shells. We had to wait until a roadster pickup called the Ala Kart came along in 1958 to shake up the troupes and relight the let’s do something different candle. We didn’t have to wait long for Chuck Krikorian’s wild Model A roadster built in late 59. Both cars were from one George Barge Bas and we want it to stay.

We took a bunch of shots to try and capture a little flavor of what went on at the Mooneyes event. Let’s start with this retro-looking roadster that did lap after lap on the 1/8th mile dragstrip (JMC_4757). It had Olds power and was fed by a six-pack (not the beer kind). It’s interesting how the car met the class rules by having a windshield but also the way it was mounted to let more than just a little air through the cockpit area. Live the Moon’s with the dimple.

definitely contrasting our rat dragger was the super sano ‘33 Ford Roadster (JMC_4761). This car beckoned for a flattie but hosted a small block. Other than that the Excelsior rubber, spinner caps DuVaul shield and rakish top and fog light put this ride on our A list of jobs well done.

In the coupe department, this little digger was right out of a Hot Wheel’s catalog (JMC_4756). We liked all the holes everywhere and the 5-window coupe body with a sedan type back looked just right. It was fun watching it doing burnouts in staging but I bet the driver had his hands full seeing where he was going down the track. Note our white-green rat dragger roadster and the two pristine Mopar rear-wheel smokers in the background.

Next up is where the ratsters are going, that is funky looks with a little spit and polish (JMC_4771). They’ve got tude and would look great under the neons at the malt shop. Now all we need is a drive-in with carhops and tray’s to hang on the door.

We’re back on the drag strip with a ‘50 Chevy gettin ready to light the rear skins in this next shot (JMC_4760). They’re a little rougher around the edges than they were in the ’60s and yes the “if it don’t go, chrome it” syndrome is still nonexistent. These cars bring back the real excitement of amateur drag racing with rumpity-rump sounding motors, squealing tires and lightning-quick starts. Makes you want to climb in and challenge the Tree.

Out in the parking lot, there were hundreds of rides that were literally hugging the ground. Our last shot of the day features a ‘51 Chevy in the best ground-hugging tradition (JMC_4770). The best part about customs is no two have the same anything except maybe the original OEM donor body shell. Stance, chop, lights, graphics you name it, they are all unique unto themselves. We call that Cool. 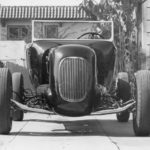 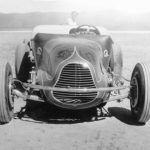 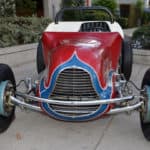 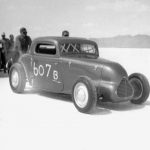 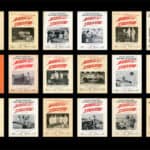 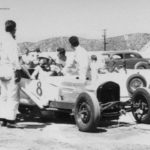 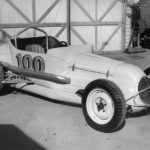 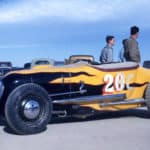 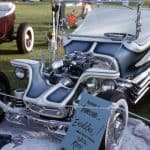 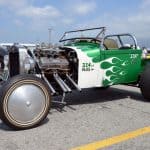 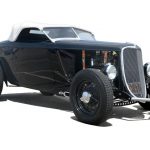 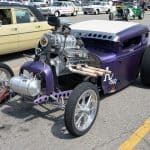 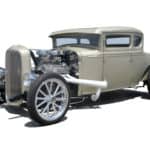 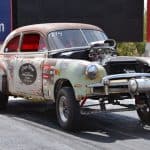 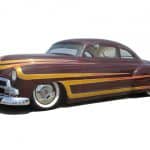