Last weekend I stopped by two of my favorite bookstores, Fred Chaparro’s shop who specializes in out of print hard to find automotive literature and Autobooks-Aerobooks that deals with the new stuff. Every time I enter one of them my pocket book seem to empty fast. At Fred’s place we usually spend hours talking racing and I arranged to visit him again during the week to buy some more research materials (i’ll touch on this later). At Autobooks I usually pick up some current car mags and browse for any new books. Naturallintage Corvette’s you have to grab Pete Brock’s new book Corvette Sting Ray, Genesis of an American Icon. There are 145 pages packed full of everything you want to know about the iconic ‘63 style setter right down to its split rear window. The best part is that Pete worked at GM styling as a young designer and did the sketch that caught Bill Mitchell’s eye that lead to the birth of Stingray racecar and the eventual 1963 Corvette Stingray that we now call y I left with new reading material.

If you’re into vintage Corvette’s you have to grab Pete Brock’s new book Corvette Sting Ray, Genesis of an American Icon. There are 145 pages packed full of everything you want to know about the iconic ‘63 style setter right down to its split rear window. The best part is that Pete worked at GM styling as a young designer and did the sketch that caught Bill Mitchell’s eye that lead to the birth of Stingray racecar and the eventual 1963 Corvette Stingray that we now call the C2. JMC_4350 shows you what you should look for at your local bookstore.

After reading the book straight through I thought it only fair to show you the only shot we have of the famous car (JMC_047). It was snapped with a Kodak Brownie Camera in the infield at Riverside International Raceway in 1960. Our hero car is in the upper left and was painted silver. At that time it was called the XP87. Another hot rodder by the name of Larry Shinoda refined Pete’s sketch to create it. Another silver car is seen in the foreground and was called the Corvair XP777 Super Spyder GT (note Monza on the plate) and was also refined by Mr. Shinoda.

To give you Ford fans equal time take a look at our next image, the cover of Skyways magazine dated December 1943 (JMC_3290). It shows a wildly painted Mustang but not of the Ford variety, this one’s called a P-51. Way cool is all I can say. If you’re into history, especially the WWII kind, this paint scheme was called “Dazzle” Camouflage. There is a website dedicated to U. S. Navy Ships with this style of paint work (http://usndazzle.com/1Web/Index), check it out.

Now for the Ford Mustang, we had a little fun taking a new Stang and turning it into ae into history, especially the WWII kind, this paintscheme was called “Dazzle” Camouflage. There is a website dedicated to U. S. Navy Ships with this style of paintwor missed PR effort on the part of Ford Motor Company (JMC_4353). In three months this cover will be 70 years old and one of the real rolling stock would have looked really bitchen done up Dazzle. Looks like nobody gets the big bucks at the Ad Agency this time, but the AHRF will take it if offered.

Early this week I got a call from the AHRF home office about the New England Hot Rod Reunion that will take place September 12-14 at New England Dragway in Epping New Hampshire. I’ll be on a plane (sorry not a P-51) winging my way back east to take some pictures and do some schmoozing. Stop by our booth and say hello.

A couple of days were spent this week gathering up a month or so worth of new shots that have now been added to the “Photo Of The Day” section of the site. Hope you enjoy the feature. We welcome you to make comments on our facebook page (https://www.facebook.com/AmericanHotRodFoundation).

While digging out shots for the above we always run across pix that need captioning and retouching.  This process makes us look real close for detail that somehow always get missed. Take for example MBB_501. At first glance, it’s just a cool chopped Deuce three-window but when you look closer it becomes a wow car. This one was snapped in ’48 parked in the vicinity of the Los Angeles Armory where they held the first Hot Rod Expo. One can see the unfinished welds on the chop job. Also, note the rolled rear pan and Chevy taillights. What we missed and what makes this one a super special ride, and years ahead of its time, is the rear fender belt-line that has been raised to match the tire radius perfectly. It would be nice if we could figure out who owned and built this looker.

Rodders always seem to have more than their fair share of fun and this picture illustrates the fact perfectly (DBC_634). Mike Schmader is having a little trouble assembling a set of headers for his Chevy powered sprinter. Looks like the instrucccucaders for his Chevy powered sprinter. Looks like the instructions he’s following aren’t the easiest to understand. I like his choice of a wood saw to cut the tubes and I bet the beer makes it cutting easier. We just noticed an Arias Pistons ad with a shot of Mike in it hanging with Nick in the early days. More research is needed to get the story straight.

Friday I revisited Fred’s bookstore and came home with a bunch of old newspapers from the year 1935. The rag was called Coast Auto Racing and it was published in the San Diego area. It covered West Coast racing and will be a big help to us in identifying a lot of our unknown photos plus it will give us more insight into how hot rodding evolved in the thirties in Southern California.

Saturday morning it was have breakfast with about thirty car nuts. This informal get together at the Coral Cafe has happened once a month for ages. We take pictures to share and always come away with stuff we never knew before. Some folks call it Networking, we call it fun. After that, I scooted over to Autobook-Aerobook for the second time in a week. I took my newly read Stingray book and had Author Pete Brock sign it. He’s also a Midget fan and had a lot of fun looking through some of our pix we had shown at the cafe earlier. He’s one cool dude having driven one of his Daytona Coupes to the affair.

When I was leaving I ran into Stewart Reed who is the Chair of the Transportation Design Department at Art Center College of Design. We talked car design naturally. The school is having a Concours event “unlike any other” on October 27 so it looks like another car day is booked, stay tuned.

JMC_4351 features a mix of scales of just fun rides. On the top left is Barney Oldfield’s Golden Submarine built by Harry Miller. It’s number 21 of 150 made by the out of business company called Dust and Glory. It cost a whopping $200 years ago and is probably worth a lot more than that these days. It features photo-etched wire wheels and plenty of detail. On the right is a Dinky Toy that replicates an early ’50’s Grand Prix Ferrari. It cost 75 cents new in the late ’50s. If you’re like us older folks we ruined them playing in the dirt and crashing them. This one cost $25 at a swap meet thirty years ago without a box and is in great shape. Center left is an Eccles slush-mold toy made in 1990 with original tooling. It replicates a ’20’s racer and cost us $15 back then. Center right is a diecast Midgetoy made in Illinois. It’s supposed to replicate Johnny Parson’s 1950 Indy winning Kurtis and cost a buck at a swap meet. They were made by the thousands for five and dimes. Bottom left is a stamped from thin metal racer made in U. S. Zone of West Germany (how many of you remember that?). There were five different ones in a group that set us back $5 for all. Bottom right is Jocko Johnson’s streamlined dragster that ran at Bakersfield in 1959. The “Micro Machine” was made by the Galoob Toy Company and was free. Jocko was handing them out at the Wally Parks NHRA  Museum so I asked him to sign it for me. Another cool dude. Galoob sold out to Hasbro in ‘99 for around $220 Million. Who says toys aren’t worth anything.

Last up today is JMC_4352. These are what they call 1/43 scale Model Cars and aren’t considered toys. They were originally made as kits in white metal (tin and lead) and then later in resin. Then along came die-casts, photo etching, and even more details. When I started collecting these types of cars in the early ‘70’s you could get one for $5. On the left is an Action Model of the Goodwrench Service Plus Corvette C5-R bought new in 1999. It was driven by Ron Fellows, Chris Kneifel and Justin Bell and was picked up on sale in England for 25 Pounds ($39 instead of the regular $62.50, ouch!). In the center is a Ferrari 250 LM from 1965 that was driven at Sebring by Mark Donohue and Walt Hansgen for the John Mecom Team. It’s from Model Best and cost $34.95 new a few years back. At the bottom is the A.J. Foyt driven 1961 Indy winner, the Bowes Seal Fast Special. It’s from Hobby Horse and cost $36.95 new. Today most new models sell way north of $50 each so no more collecting for me. 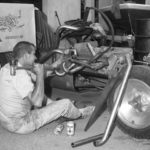 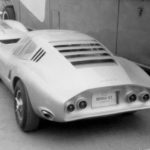 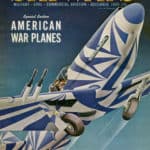 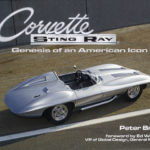 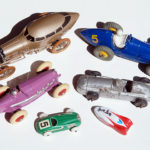 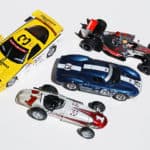 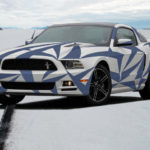 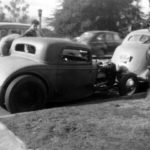 Previous Post: « Premier Rides of All Kinds
Next Post: A Good Time Had By All »
↑ Top of Page